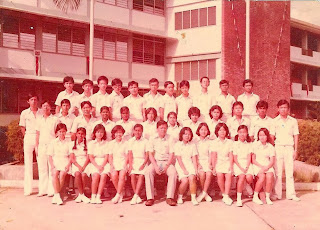 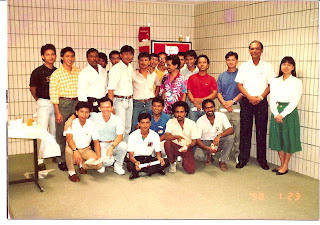 TIPS ON HOW TO MASTER AMAZING FOOTBALL JUGGLING/SKILLS

The secrets to these amazing feats is that, to overcome this problem, I had invented a method, to attached 3 specially designed elastic strings to the football and fixed it to some fixtures at the wall, when I kicked it, it always bounced back to the original positions, this invention had help me to master the difficult juggling feats using the heels and other difficult football tricks. So this invention made training with the heels much easier and faster.

It's important to start early and get the best methods and the most efficient ways to assist your learning curve.

This way you can built up endurance and skills faster as you kick the ball more times, without kept picking it up. These invention is good for building up the skill levels.

These systems invented by me enabled me to be able to juggle a standard football 3,400 times , with all parts of my body except my hands, in various patterns non- stop, without the dropping ball even once. It is especially important in juggle the football, especially so by using the heels. Which is the most difficult part to master.

I might had broken some sorts of world records in skills/amazing feats category. More verifications in
Awesome.

Hope I can get the answers some days. On the day of the feat in 1986, during the changing of school sessions. In front of hundreds of Woodsvilles Secondary School students.

As I had rode a bike without using my both of his hands and one legs, it means it using only one leg and it riding along with other cyclists riding up and down the track, at one go in 12 km of track, non-stop in about 45 minutes at East Coast Park.

The secret of these amazing feats was that I had developed a process of setting and lubricating the wheels accurate with a special lubricant, which allow me to use the little effort riding and navigating the bike in the track together with cyclists cycling around the track without accidents.

These process allowed me navigating and cycling long distances using only one leg and handfree with an economical bicycle.

Some of his amazing bike stunts (Click toView Slideshow) were featured in the TV and reported in newspaper.

I hope that as more people understand, how to use the bike most efficiency , more people will use the bike as their mode of transport, because of today high oil price, it is also good for the health and less pollutions.

Since young, I had been tinkering with my bike-dismantling and putting it back, and work more than ten years in two major industrial corporations.

I had to wake up early in the morning to send his mother and the full load of food to the hawker stall, some distance from my home in a tricycle, everyday before I rode my bike which I put on the tricycle to school. So the desire to find the most efficient ways to ride the tricycle with the least effort is always there.

SECRET OF HOW TO IMPROVE THE CAR AND PRINTING MACHINE PERFORMANCE.

A special chemical needs to apply and neutralise all the foreign particles, rust and chemicals that stick to it, which retard the smooth movement. These special lubricants had the special quality to neutralise all these negative effects.

These special lubricants, which is aerosol based can easily penetrate all the hidden areas and leave a thin film on the moving parts, which made the mechanical movement much easier. Understanding the principle and consistently do it is also important. I had pass my experiences to the mechanics of Toyota.

For my effort my senior, a old lady claim advisor, nearly every morning had cook and brought me free breakfast for a few years.

When the machine having problems most mechanics usually, thought of using grease to solve the problems, in fact more foreign substances will stick to because of the denseness of the grease when harden, when it dried.

As these special lubricants were applied, a thin film deposited on it and covered the surface of the ball-bearings, and with the accurate resetting of the wheels, with the using of special electronic devices, making the machines run like a new one , these simple but brilliant ideas, made hordes car owners to come back for more. They were surprised that their car perform much better then before.

When working in Singapore Press Holdings , I discovered a way to clear the stains (chemicals & printing ink) on the cover and inside the printing machines . As these stains were there for a lots of years, which were impossible to remove at that time using normal chemicals.

Through continue experimenting and finding the right chemicals to clear irremovable stains, I finally found a concoction of chemicals, that able to remove most of the stains.

As after I had removed the ink stained on the printing machine to the surprise of everyone as the machine looked almost as new.

These had caught the attention of a Japanese teacher and he was so impressed with this breakthrough, he brought his whole class of students to watch and compared the machines which had the stains removed and the one which the stains had not been removed. Imagine the surprise the stains that had been there for a lots of years suddenly were removed.

Some used metal feelers(can potentially damage the rollers), some use plastics (when set very tight it won't break) etc. and most of them use two hands to set both sides ( one hand is usually less skillful).

THE SECRET OF HOW TO IMPROVING THE PERFORMANCE OF THE PRINTING MACHINES
I used only my right hand, which is more skillful, to set both sides of the printing rollers - as both sides of the rollers the pressure need to be equally distributed. If set too tight, not enough inks and water reach the printing plate. Too loose too much water and ink reach the printing plates, which cause a washout look.If the roller settings were unbalanced, the outcome of the images were not look good either.

Advertisers usually called when they found on the day, the conditions of the printing jobs look great.
I use a special form of paper which is especially accurate in setting the pressure of the rollers. If the roller set too tight it will break, if too loose it will be easily pull out. Though a lots of practice both side will be setted consistently to the optimal level.

So after months of perfecting my skills pulling out the special form of paper with only my right hands from both sides of the printing rollers, the end product came out perfectly.
Because I had been repairing, setting the wheels and riding the bicycle, since I was a few years old and learn few tricks from the old bicycle repairman, I got a head start.

THE SECRET OF HOW TO IMPROVING THE PERFORMANCE OF YOUR BIKE
Having understand the real causes of misalignment of the ball bearings mechanism is crucial. Since young I realised that applying special lubricants can made a vast difference to the smooth running of my bike.

(Many cyclists doesn't understand these point, even the bicycle very difficult to ride they still struggling to ride it, as they didn't systematically maintain or don't know how).

And also using some special devices (small round wrench) to set the wheels(spokes),(tension of the rim) back accurately and the nuts near the ball-bearings need to be skillfully adjusted.

Tips on how to improve your bicycle performance click here
After I transferredthe skills and knowledge which I took years to hone it, to the top car maker company Toyota.The company made tremendous progress.

To have an edge, a car company need the ability to have a better teams of mechanics, that able to maintain and repair the car better.

As a better maintained car run much better on the road, save cost & environment friendly, less pollutions and host of other benefits etc.

The car company bodycare centre used to not having much customers

After that transferred of my skills and knowledge, long lines of customers lines up to have their cars repaired & serviced. Because the car owners sensed there were lots of differences. It took a lots of years to understand these important process.

Once all the mechanics realised it and implement these processes consistently to all the moving parts, the differences were easily be felt by the drivers, when they came to collect their cars. These surprise breakthroughs, brought phemonenal growth of the company.

Many staff from the car company Toyota, from all over the world, come to the bodycare centre at Leng Kee Road , to study the methodologies which transformed a company, with mediocre performance, which lost to Nissan in profits, to overtook Nissan and double it's profit.

Sometimes I used to contribute my time making props for Chingay Festivals.
Some interesting innovations/embedded technology in prop making, tips on how to enhance the special visual effects of the props/crafts, click on this link for more details.
Chingay


Simple yet cost effective process on how to optimize the performances of your electronic equipments click: View Blog

Could this be a major breakthrough in industrial production? Any comments?
Posted by Henry Leong at 2:26 AM

hey i read you group post and one suggestion i have is to put a description of your blog and/or a little about yourself in the sidebar of your blog-- esp because the only thing you first see when you get to your page is ads... hope you don't mind me leaving this here for you!

Hai!
Thankyou for your compliment.

This blog is quite intresting.
Go on.

Your skill is excellent and your stuns is extraordinary.

Wish u best of luck.

Hi, thanks for your comment. If you have any questions or requests for a blog on a subject, just let me know.